Serving the entire metropolitan Atlanta area, the state OF
Georgia and federal courts all over the country.

Contact our firm today to schedule a complimentary
case evaluation with our experienced team.

we can represent anyone being investigated or charged with committing a federal offense, AND ANYONE IN THE BUREAU OF PRISONS FOR THEIR CLEMENCY PETITION, TO HAVE THEIR SENTENCES COMMUTED OR REDUCED.

WE CAN REPRESENT ANYONE IN THE STATE OF GEORGIA WHO HAS BEEN ARRESTED, DETAINED OR QUESTIONED FOR INVOLVEMENT IN A CRIME.

The Law Office of Steven Berne has more than 30 years of experience to help you with your criminal defense needs every step of the way. We have successfully represented thousands of clients in both federal and state courts. We service the entire metropolitan Atlanta area, the state of Georgia and federal courts all over the country. Please contact us for a free consultation. Thank you for visiting our website!

On June 4th, 2020, the government of Iran released an American citizen who had been held in custody for two years. Michael R. White, a Navy veteran who has acute asthma and throat cancer, was near the beginning of a ten-year prison sentence for privacy violations and insulting Iran’s supreme leader after he had gone to Iran to visit an Iranian woman he met on the internet.

The release was part of a prisoner exchange negotiated between the governments of the United States and Iran with the help of Swiss diplomats since the U.S. and Iran do not have formal diplomatic relations and have not for the past 40 years. In exchange for Mr. White, the U.S. agreed to release Matteo (Majid) Taheri, an Iranian-American doctor who had been living in Florida and the Atlanta area for many years. Dr. Taheri was convicted of export violations in 2018. As part of the deal, Dr. Taheri will now be permitted to visit Iran.

Steven P. Berne, attorney for Dr. Taheri, described the outcome as a “happy ending for all” in this culmination of months of negotiation.

IN THE MEDIA
STEVEN BERNE’S APPEARANCE ON COURT TV 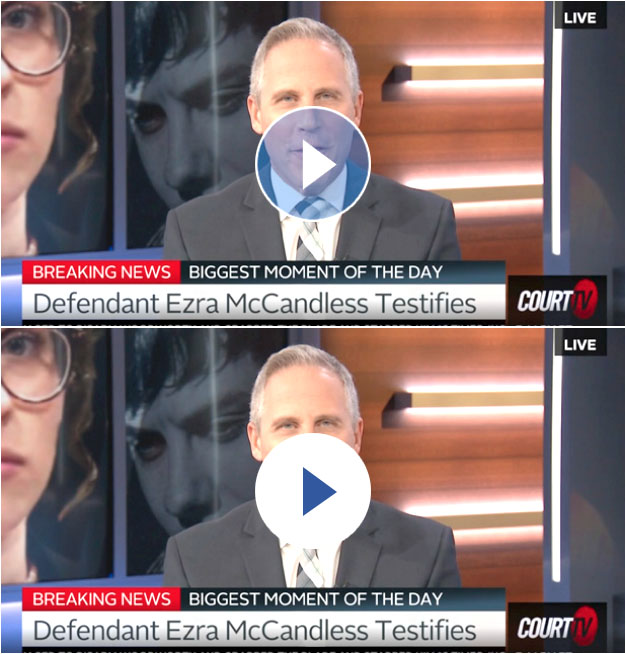 “Saved me from going to prison"

"I was facing three felony charges and this Angel of a Man got me two years probation. His fees were also very reasonable. I highly recommend Mr. Berne."

“I highly recommend him"

"Steve was very good in my case almost made it as family was able to reach out to him on things that didn't concern my case and he always listened and responded I highly recommend him."

"I hired Mr Berne after being let down by a couple of other attorneys, I hired him based on the reviews about him and I was more than impressed about the way he handled my case, my first meeting with him gave me peace of mind that I am in the right hand. he is very knowledgeable and and made sure he got me result. He handled my case as if that was the only case he had, he will always call the prosecutor's office to speed things up. He is very reliable and put the interest of his client first. I dealt with other lawyers and I must say Mr Berne stands out. If you want someone that is reliable, someone that will take up your case with compassion and zeal to get positive result. I recommend Mr. Berne."

"I’ll keep a long story brief. I had a warrant from 2015 I didn’t know about until the police ran my driver’s license. The reason for the warrant was for an old ticket where they sent a notice to appear to an old address so I never made it to court. I was shocked and got arrested in Dekalb county but the warrant was from Fulton. I was terrified because I have no experience with going to jail…much less for an old ticket! I was processed in Dekalb and then transferred to Fulton..."

"When searching for an attorney I called several firms, and Mr. Berne was the only attorney I spoke to directly. He took charge of my case immediately and efficiently with great communication and professionalism. I would HIGHLY recommend Steven Berne!"

"Mr. Berne is a smart & aggressive attorney. He is highly-respected, a caring gentleman, and can keep you calm in a very stressful case. Mr. Berne helped me with my case in efforts to obtain a favorable outcome, and I would recommend him again and again. He is an excellent attorney."

"I am so grateful for how Mr. Berne represented my family member. He was very attentive to my family member's needs. He was diligent in his efforts in gathering concrete evidence and presenting the case that was not only heard but I believe was also felt in such a way that it made allowances for my family to get all that he needs to serve his time, receive the medical attention that is needed and to assist him in becoming a productive and law abiding citizen. Well done Mr. Berne!"

“He was able to lessen my plea charges"

"I hired Mr. Steven Berne to fight a criminal case on my behalf. He was able to lessen my plea charges from 3 to 1 charge. He kept my personal citizenship status private in court and I appreciate that he spoke up about this."

"Best lawyer around! My husband and I were very pleased to have hired Mr. Berne. He was very informative and educated us on the case. He made it easy on us throughout the legal process. We are very pleased with the services and results to his case. We will definitely be recommending him."

"Mr. Berne was very attentive and understanding of my case. He worked with me to find out the facts of my case and also let me know everything play by play. Great communication throughout."

Well I was seeking a lawyer to get rid of two warrants that I had no idea what the charges were for. I called multiple attorneys that day. Most didn't even want to investigate my case without me giving them the retainer fee. Mr.Berne went above and beyond my expectations. He got all my charges dropped without even having to attend court nor did I have to pay my 10,000 dollar bond. He is truly amazing and I would recommend him to anyone with legal trouble. Thanks again Steven you the man!!!!”

Steven is a great lawyer, very knowledgeable, professional, and compassionate. I hired him and my case resolved in a better way because of him. If I had a question about my case, I could call him or email and hear back from him in very timely manner. He is a great attorney and I highly recommend him. Thank you Steven.”

Mr. Berne was a great, honest and non-judgmental attorney. He listened and received an outcome I was more than happy about. Even after the case was done he still is willing to help with any questions or follow-up actions needed. I don't plan on hiring him again because that means I got into trouble, however if I did he would be my first call.

“The BEST Lawyer in Atlanta”

Mr. Steven Berne provided me with excellent legal care. I was consistently reassured that my case was in good hands. Each time I had a new concern throughout the process, I knew all I had to do was reach out. He gave me great advice that lead to a complete dismissal of my charges. I am very grateful for him today and I would recommend to all of my friends. As well as, any stranger that needed the same kind of help. By FAR the best lawyer in Atlanta. Thank you Mr. Berne!

Amazing lawyer gives you that comfort that everything will be fine stays in contact with you and keeps you updated I will always and forever keep in mind that Steven Berne is an amazing Lawyer and will fight for you. Thank you Steven Berne for everything you doing for me and my family!

What Do Federal Firearms Offenses Really Look Like? By Law Offices of Steven P. Berne | Posted on July 19, 2022

Department of Justice (DOJ) Releases Annual First Step Act Report. As reflected in the report, as of January 2022, there were 76, 399 inmates participating in programs that award earned time credits, 6,100 of those inmates were released, and of the 9,791 inmates released under the FSA, only 15% re-offended. This recidivism rate is significantly lower than the average rate... Read More »

The New York Times reported that the Biden administration is considering at least one measure to keep some inmates out of prison and on home confinement for the duration of their sentences. President Biden is reportedly considering using his clemency powers to commute the sentences of certain inmates on home confinement who were convicted of non-violent drug offenses. Among other criteria,... Read More »

Department of Justice Announces Investigation Into Conditions of... By Law Offices of Steven P. Berne | Posted on September 29, 2021

The Justice Department announced today that it has opened a statewide civil investigation into conditions of confinement of prisoners held in Georgia’s prisons. “Individuals sentenced to prison in Georgia Department of Corrections facilities deserve to be treated humanely,” said Acting U.S. Attorney Kurt R. Erskine.  “Our office is committed to ensuring state prisoners are safe while serving their sentences.  We... Read More »

Steven P. Berne is a Federal and State criminal defense attorney in Atlanta, appearing in Georgia State Courts and in Federal Courts nationwide.